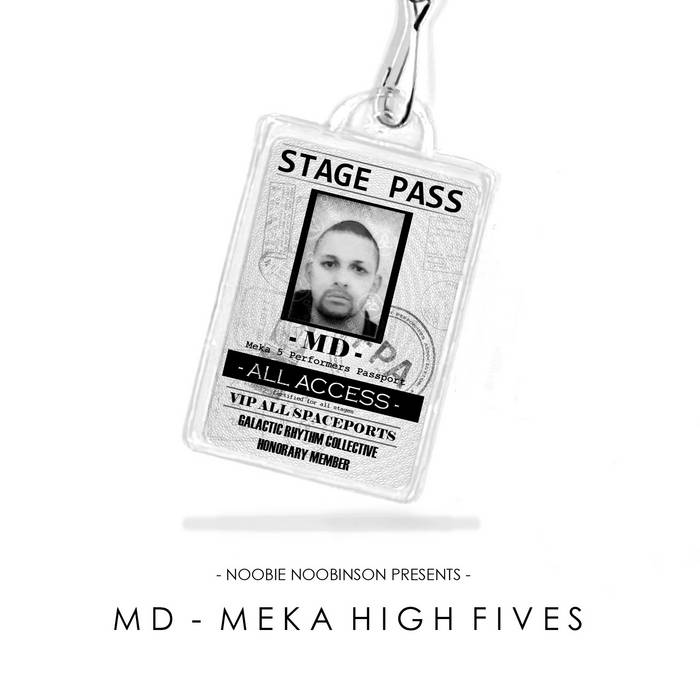 -Zenith D. Wonderpants (Zeny D)-
Meka 5 - Industrial Complex, this is Freebird-class ship, Double Boomskee.
Awaiting clearance for landing, Vector 6.RT
Computer, link us up with the latest location of the one known as “MD”
I can't remember where exactly he is, in the area. But he's there…

-MD-
Locked away in my mind's deepest regions,
Are regions of space wrote out to scene's season's.
We look up to Noobie, it's him who is the reason,
Positive increase your position, then he's leavin’,

For you to do it too, to others you'd believe in,
Live the message, humble, every breath that you breathe in.
Even if they're needin’ to have their face knee’d in,
You can proceed to believe until the greed ends.

See trends fall, but not at all with these friends,
Found me Downtown Meka 5, around east end,
Weak & tired, wanted peace, but felt angry.
Feeling uninspired, so bad I wanted to hang me...

That’s when I was gathered by Boomsday to train me,
Taught me all they know - vice versa - they claimed me.
Gotta thank the tungsten, shrooms entertained me…
Til it opened me to the perception, it played me.
It sounded like:

For all those that remain back in orbit,
Of what you call your sun, come absorb it.
Playin’ to some strange lands, and record it,
Forbes list, galactic Black Orb Kid,

Morphed, nah, warped the full force, my portion,
Comes from my rhyme skill over distortion.
Orphan without the rage that it coursed in,
My veins - full from when I felt forced in.

Source been used, report when the storm's been,
Adorned in the foreign rooms I was born in.
Sounds of the horns and torn shoes worn in,
Before I took steps or put 'em to the floor man,
It sounded like:

-Zeny D-
Zeny D.
We took you on as a friend, as an ally.
All aboard the ship, bro, mystified, we time-fly,
Takin’ missions and positions, starchipeligo placed.
Sure enough Double Boom - we'll be winning the race,
When we say, say, “What?”
And we play, play, “How?”
Lesson One, me to you: Shall we live in the now?
Motion captured as the captured would state,
To the feelings that emotion relates.
It sounds like:

Hand picked. ‘Cause he's wick, MD never replaced.
Impressive balance, this is surely the case,
It sounds like:

‘Perf ‘def all the way, always movement to sway,
Solar winds through a spectral display…